Indigo : an interview with Jenny Balfour-Paul 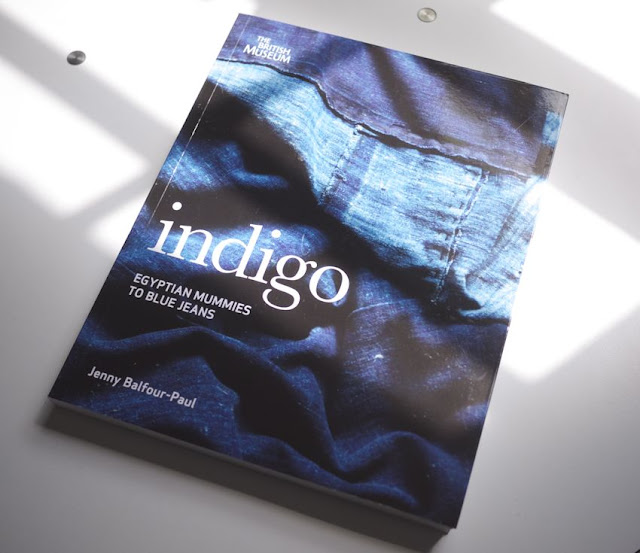 Indigo, Jenny Balfour-Paul's landmark work on the history of this magical dye, has finally been republished. I've been obsessed with this book for many years - for it tells the story, not just of a dye, or of fabrics, but of humanity itself. I'm often asked why the appeal of denim is so pervasive - yet our love affair with this fabric is a mere dalliance, compared to the enduring influence indigo has exerted on our history.

There's a huge amount of technical information in Indigo - you'll learn about the different strains, the difference between woad, always popular in Europe, and the various Indigofera plants, as well as the different dyeing methods employed in different cultures. This alone will equip most readers with an entirely new vocabulary. Yet the book is a ripping yarn, too, which takes in the Pharoahs, royalty, slavery, and wars. It is a dye that many have indeed died for.

I had this book recommended to me years ago, and I'll be forever grateful to those who turned me on to it. If you find any elements of this modest blog interesting, you owe it to yourself to buy this book. Scroll to the bottom for details of a Reader Offer.

I was overjoyed, therefore, to track down Jenny Balfour-Paul for an interview on Loomstate. This is a Q&A so dense with history, that I've split it into two parts - the second half will follow within a week.

I was re-reading the book and there’s such a wealth of cultural information - the story of indigo parallels the story of humanity. So, firstly, I have to ask – what's the oldest piece of indigo-dyed fabric you've seen, or handled?
It’s a linen Egyptian mummy wrapping in the British museum collection, and it’s over four thousand years old.  Other ancient dyes such as madder wouldn't dye linen. They are making new discoveries in China, where, for example, they've found mummies of Urumchi wrapped in cloth dyed with indigo, but I haven't seen those.  So exciting research is on-going.  Indigo was also used on Peruvian mummy wrappings – I saw some very old Peruvian cloth in Peru, although not as old as the pieces in the British museum.

What was the source for that Egyptian indigo?
Ah, that's a good question. The theory, because of the translations of the papyri – and it's so difficult with translations – is that they were growing woad in northern Egypt.  But it can't be proved. That’s the curious things about Indigo - when you've archaeological textiles, all you get on them are the blue indigo molecules and the source could have been any of the indigo plants, including woad, because the indigo molecule is identical from all the indigo sources.  This is why it’s irritating hearing, for example, French dyers trying to say woad blue is different from indigo blue. 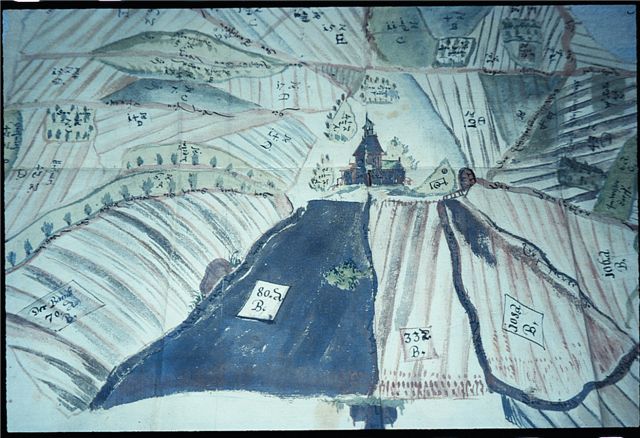 You've seen a road map - but have you seen a woad map?

Tell me about the alchemical magic of indigo.
One of the elements of the magic is that is you can't really explain it. When I was writing the book, I thought of all the different strands and how they are all interwoven so that the the mystique accretes. Then there's the actual physical magic of using this transforming dye. It's unique out of all natural dyes, chemically-speaking.

All the other dyes are the colours that show in the raw; you use a mordant and boil them up, and if, for example, it’s madder or morinda, you see the red, and it’s like that for the others.  Indigo is the only one with this unique chemistry - it's in an invisible form in the plant, and needs water and oxygen to turn into the blue dyestuff, but this is insoluble, and you have to remove the oxygen from the dye vat for actual dyeing. This chemistry, with its strange transformations, makes indigo extraordinary to use.  When I first dyed a piece of cloth with indigo, I was surprised by the rather weird looking yellowish green dye in the vat – then I pulled the cloth out of the vat and watched its transformation in the air from greeny-yellow to blue– it really is amazing to see. Because of the knowledge and skill required, indigo dyers were always specialists who guarded their secrets and handed them down the generations of dyers.

Added to that is all the other stuff of course – cultural beliefs, myths and legends and so forth. But I think the mystery all comes down to the strange chemistry. 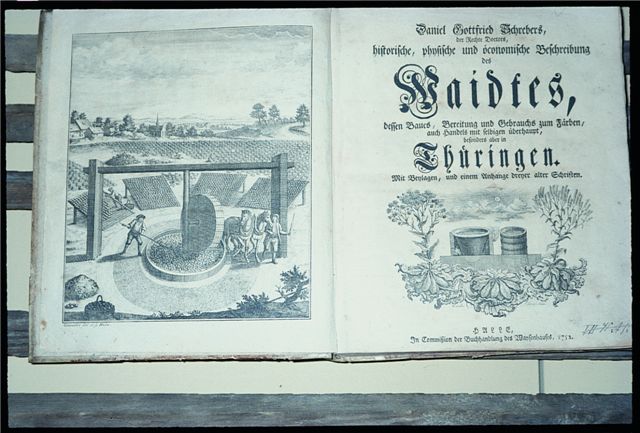 You have mentioned that a lot of your journey with indigo started with your trip to the Yemen – it seems to have been a formative experience for you?
Totally.  If I hadn't gone there I wouldn't be doing what I am now. I wasn’t intending to be a writer.  Funnily enough, as a child I always wrote but I also wanted to be a painter and a craftsman. My life had gone more into craft, I was doing batiks and teaching dyeing, fabric printing and other things at that stage, but the first trip to Yemen, back in the 1980s, steered me onto that other path of research.

Did you record processes that would have been lost otherwise?
Yes, and I'm not sure if there's anyone left doing it now, possibly just two or three at most. The thing about craft traditions is that they’re taken for granted - you have potters in your village for thousands of years, for example - and then the next generation turns to modern technology and it's all gone.  No one records it at the time because it's mundane.

Can we talk briefly about the background of Woad? Obviously for Europeans Woad was the principal source of indigo; how was it extracted in the earliest days?
Woad is indeed the European indigo plant. The extraction process was very laborious in the past and was similar to traditional Japanese methods.  Woad made the mediaeval European way worked well with wool, the two went together, but it wasn't strong enough to dye Indian cottons when they reached the markets from the sixteenth century.  It took ages to make woad dye then - leaves were picked and crushed with a roller or cutting wheels, horse drawn usually, then made into rough balls of compost, which were dried on racks and then hammered and watered to make what was known as ‘couched woad’, which was traded to the dye markets in barrels. The Japanese method, still used in Japan today with their own indigo plant, is very similar.  It takes months and you have a form of compost they call ‘sukumo’. It dissolves very well and makes a more gentle vat, but in some respects it's not the most efficient way to produce indigo.  However, in Japan it's a cultural thing going way back in time and  there's no way they would make indigo in a different way, whereas revivals in Europe are now applying fast Indian methods to woad to extract the dyestuff, rather than making traditional compost.

Tell me about the background of fustians... a denim expert friend of mine asks, has JBP seen the exhibit 'il maestro della tela jeans' at the Galerie Canesso in Paris? And what does she think of the paintings of people in what appears to be denim? Is it fustian/fustagno? Wool warp dyed with pastello (woad) with a cotton or linen weft?
I spoke to the gallery owners and they sent me the catalogue. It's fabulous - and incidentally, the show toured to New York City last year. The painter was painting work clothes in the later 17th century; while other painters around him were painting posh things he was observing local scenes, and poor workers – there's a boy in a jacket with a crust of bread and a woman in a torn apron, and a glimpse of what look like the lower leg of actual jeans, and what they're wearing looks just like denim and indeed it really is. It is an indigo-dyed twill and the painter has even used indigo paint to depict it. So it is effectively denim … they've completely got the look, it could be denim today.  Fascinating. 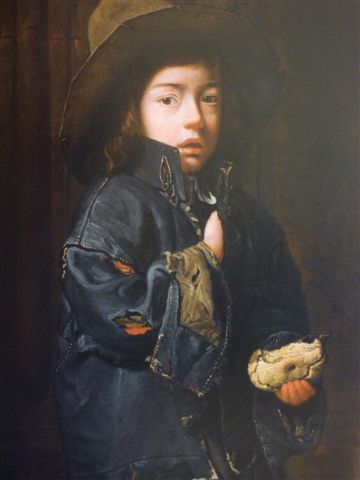 Portrait of a young boy, in indigo-dyed workwear. Not only does this fabric fade much like today's denim - it even has similar contrasting stitching!

Would you think that is fustian, fustagno?
What is fustian? Nobody is quite sure, as it goes back so far, possibly to Fustat, the old capital of Egypt, which may have given it its name... fustian can be many different fabrics it seems, but they all seem to be hard-wearing.

Would the Maestro fabric have been dyed with woad?
At that period, probably, although he was painting in the transition period with the more concentrated imported indigo from the east increasingly being used by the dyers so it’s impossible to be sure.

Indigo could dye ‘royal blue’ silks but was also a practical colour to use for work wear. In some places such as the  Arab world, indigo was considered a practical dark substance, rather than a blue colour,  They would dye clothing as dark as possible, using indigo (sometimes mixed with other dyes) to make a good near-black, knowing that other organic dyes used for blacks were based on tannic acid and therefore bad for the fibres. 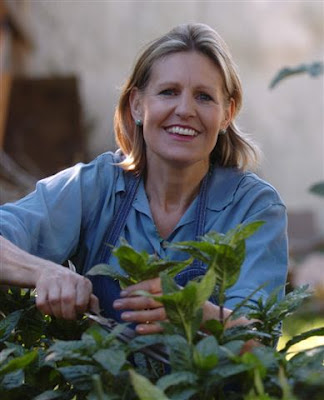 Many thanks to Jenny Balfour-Paul for sharing her insights. All photos here are taken from Indigo, copyright controlled by JBP and are not to be used without permission.

Loomstate readers can get hold of Indigo at a discount price, 10% off with free postage in the UK: simply click here and enter the discount code Loomsgate 10. Offer is valid to 10 July, while stocks last, and is not available with any other promotion.